A VR experience developed for the Queensland Government’s Department of Transport and Main Roads. The TMR Safe DriVR experience puts the viewer front and center, showing the devastating effects that travelling, even a just little over the speed limit, can have. 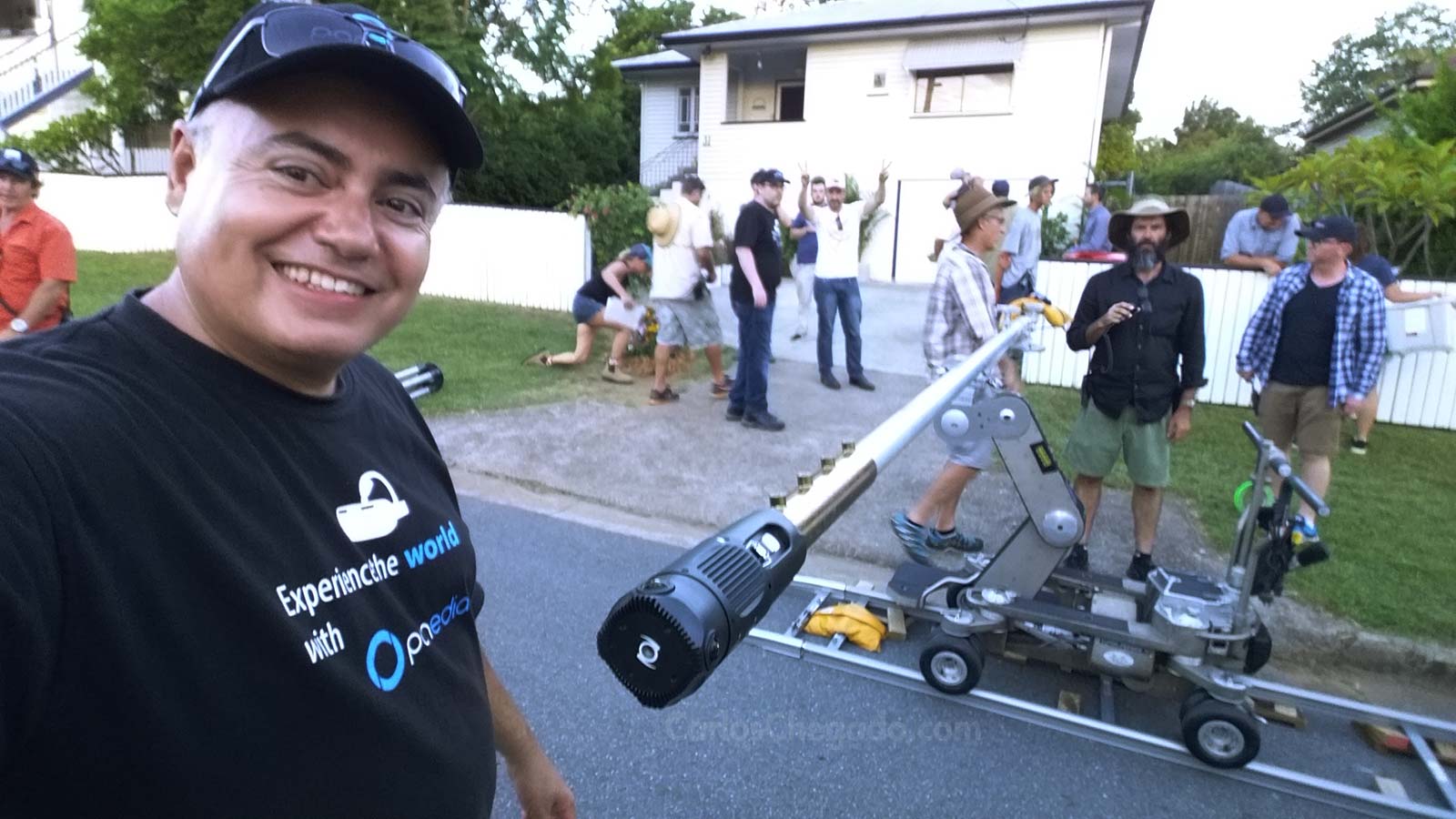 This project came to us from our good friends at “Cutting Edge” up in Brisbane. “Two Little Indians” was in charge of production and Tori Garrett needed someone with a lot of prior VR filming experience to come on board and get this project done. On advice from Ben Richards we got involved in this project from the early planning stages. The concept that Tori and her team sussed out was solid, and it was just a matter of making it work in VR. 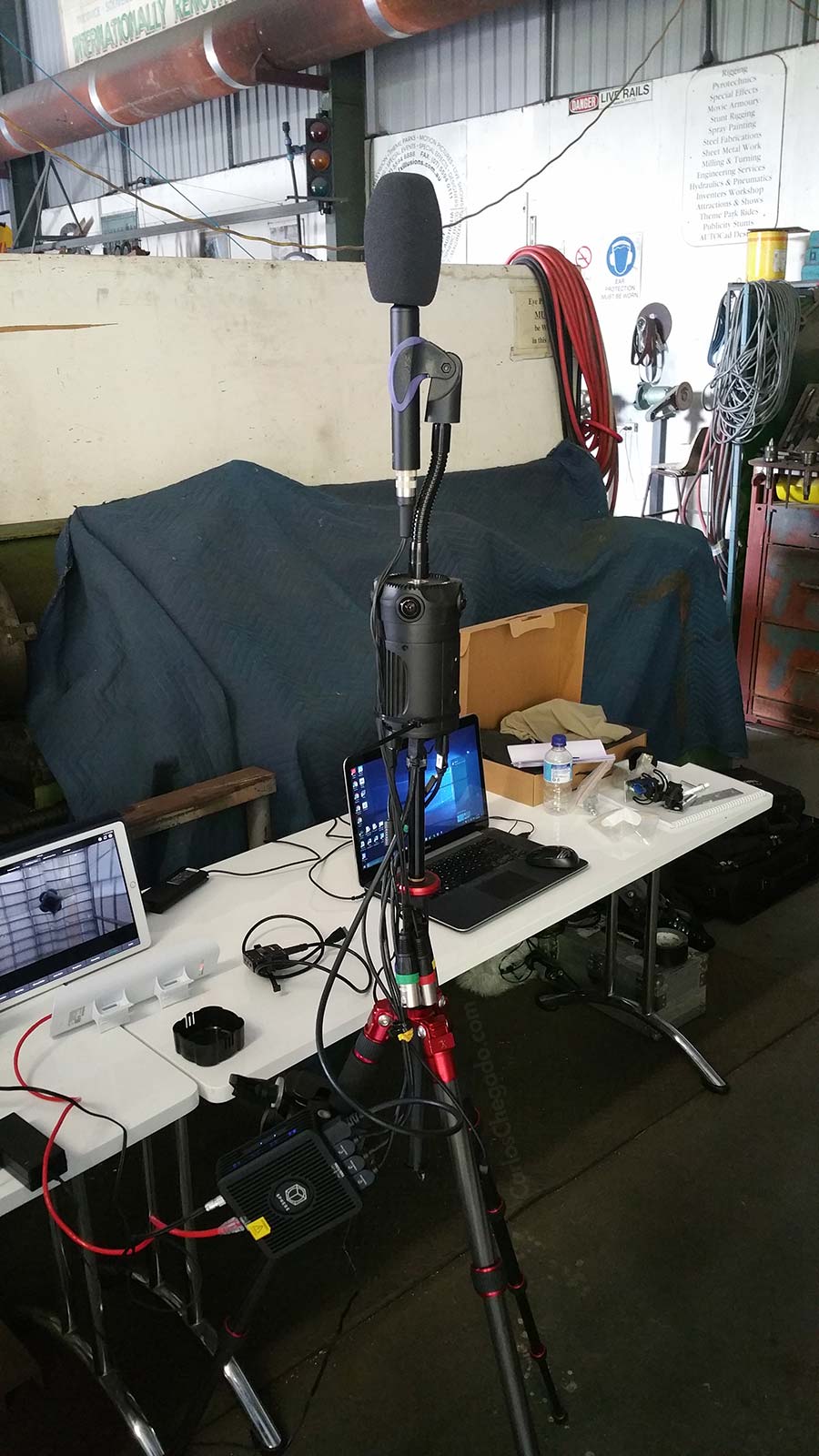 On this project I was the 360 DOP plus DIT, runner boy, stitcher on the fly, etc… We used most of the gear we had available at Panedia from our trusty ZCAM S1 to our Samsung NX1 rig and our Sony A7R2 rig, GoPro rig plus all sorts of mounts to get these onto cars, tables, etc… The inside scenes were filmed on the Sony rig, the exterior on the Samsung rig, car scenes on the ZCAM S1 and for the drone shots we used the GoPro rig. 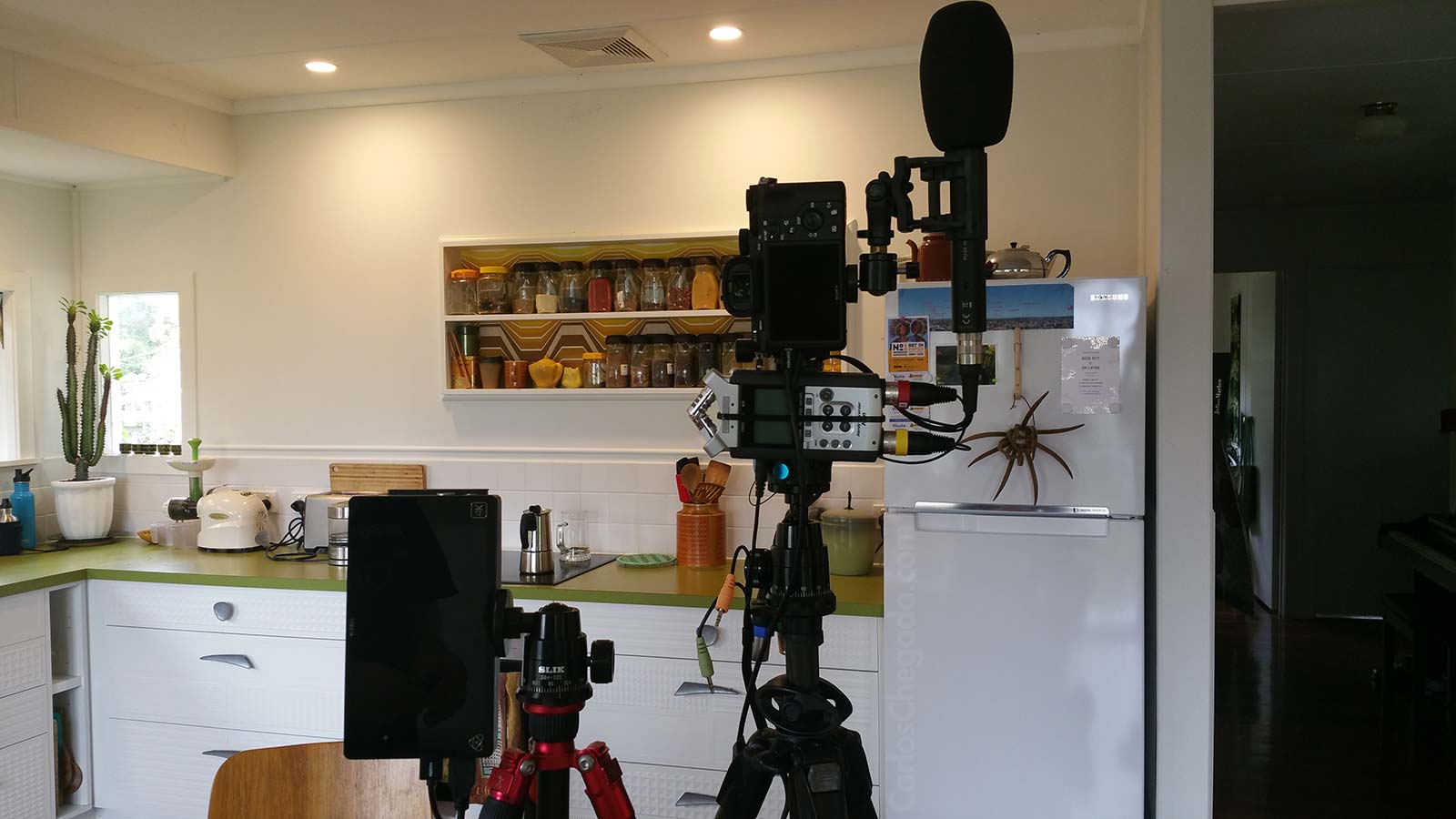 The scenes inside the house were shot in such close proximity that we couldn’t use a multi cam rig for those so we went with a one cam solution capturing 3x 120° in each turn but that meant that we had to synchronize the acting to look like it was all shot simultaneously when in reality they were takes taken at different times. Although this method has its challenges, like how to keep everything in sync, it had the advantage of enabling Tory and us to stand behind the camera on the other 240° not in the line of sight when the camera was rolling. This is as close to normal filming as 360 filming can get. We could watch the actors in front of us in real life not behind a wall through a screen. 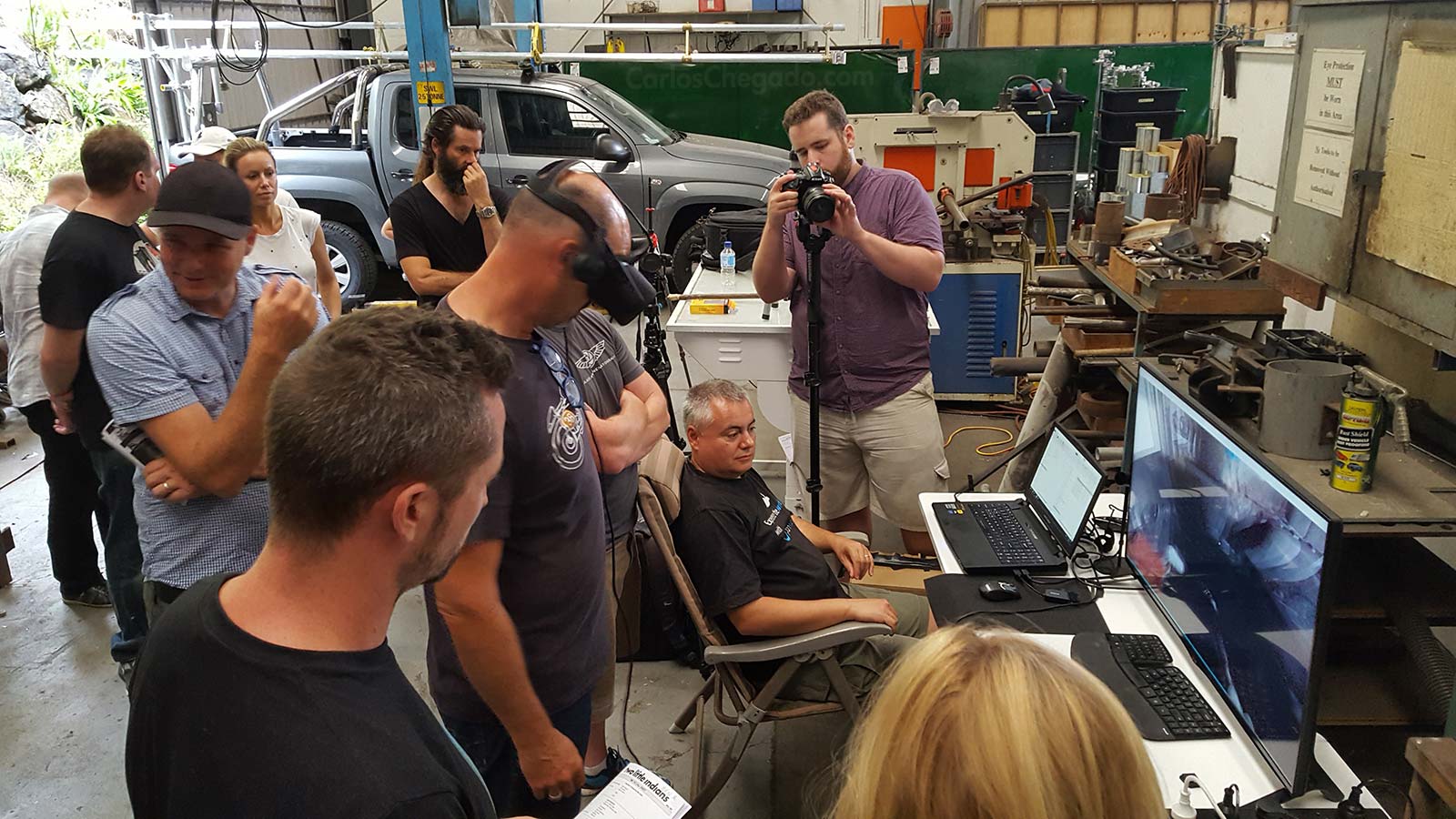 One particular interior scene had an actor throwing the car keys to another actor. A trivial thing one would say, but not when you have to have the whole movement in camera, but booth actors were filmed on different camera angles at different times. Repetition makes good, but not perfect and this is where Cutting Edge came in and using special effects fixed the car keys to look like this happened with both actors sharing the stage simultaneously. I have to say though, Steven Rooke and Marcus Guinane did play their part very well and made all of this look seamless. 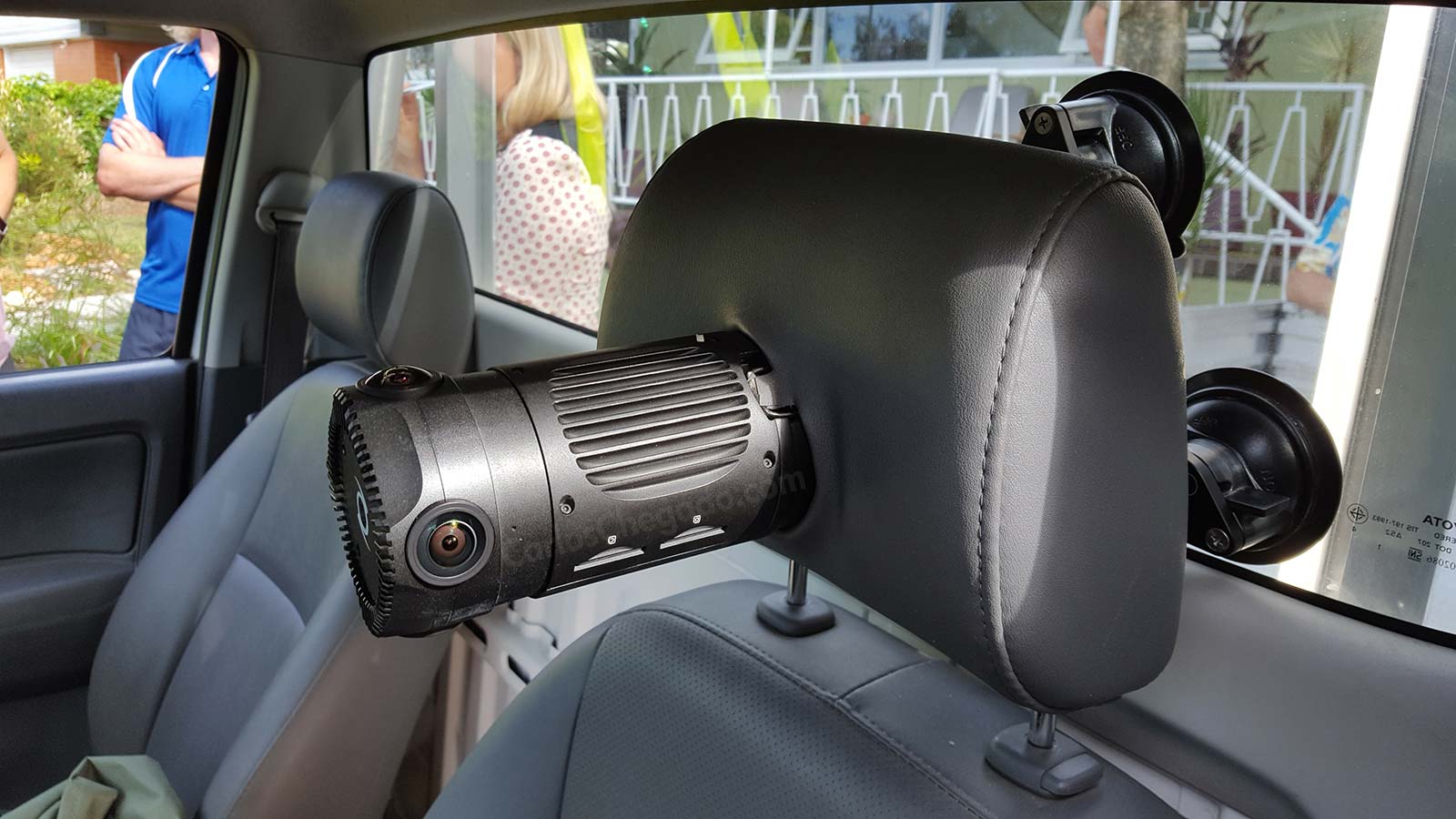 As for riding in the ute passenger seat, filmed with the ZCAM S1, a head rest was sacrificed, but that was it, everything else had an unobstructed view and you do feel like sitting on a ute, next to Steven Rooke, driving down any typical Brisbane suburb. The ZCAM S1 was also used on the other car to simulate the point of view from the little girl which again worked quite well, although in this case, we attached the camera directly to the back window from the inside. 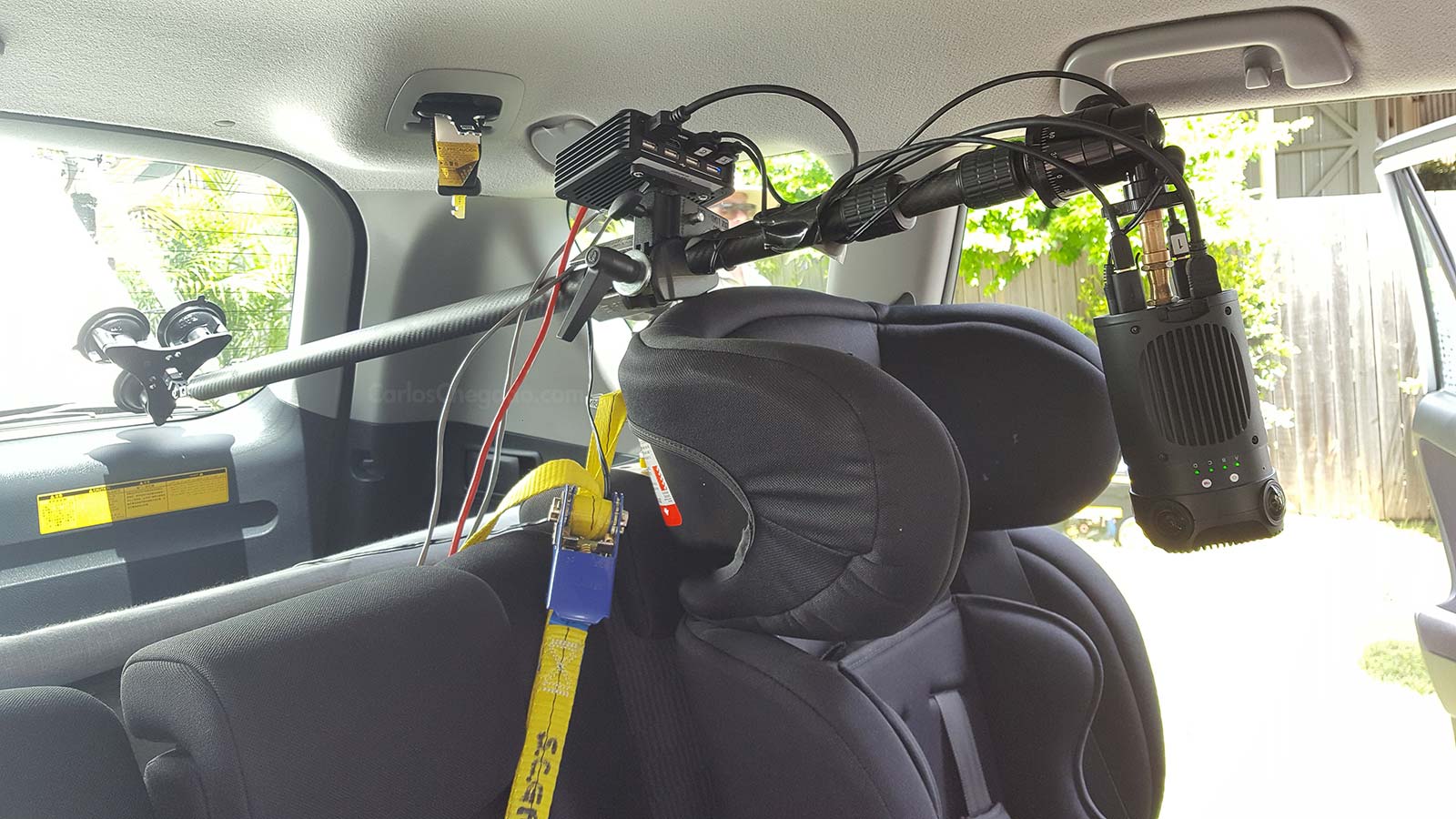 One of the highlights of this production was filming the car chase or better I should say ute chase just before the crash. The Two Little Indians team was great and we had close to 100 people on site that day, plus a bit of road closed to traffic so we could film all of this action. We had precision drivers, doubles, the lot. It really felt like I was taking part in an action blockbuster. All of that for my little VR camera, color me impressed! 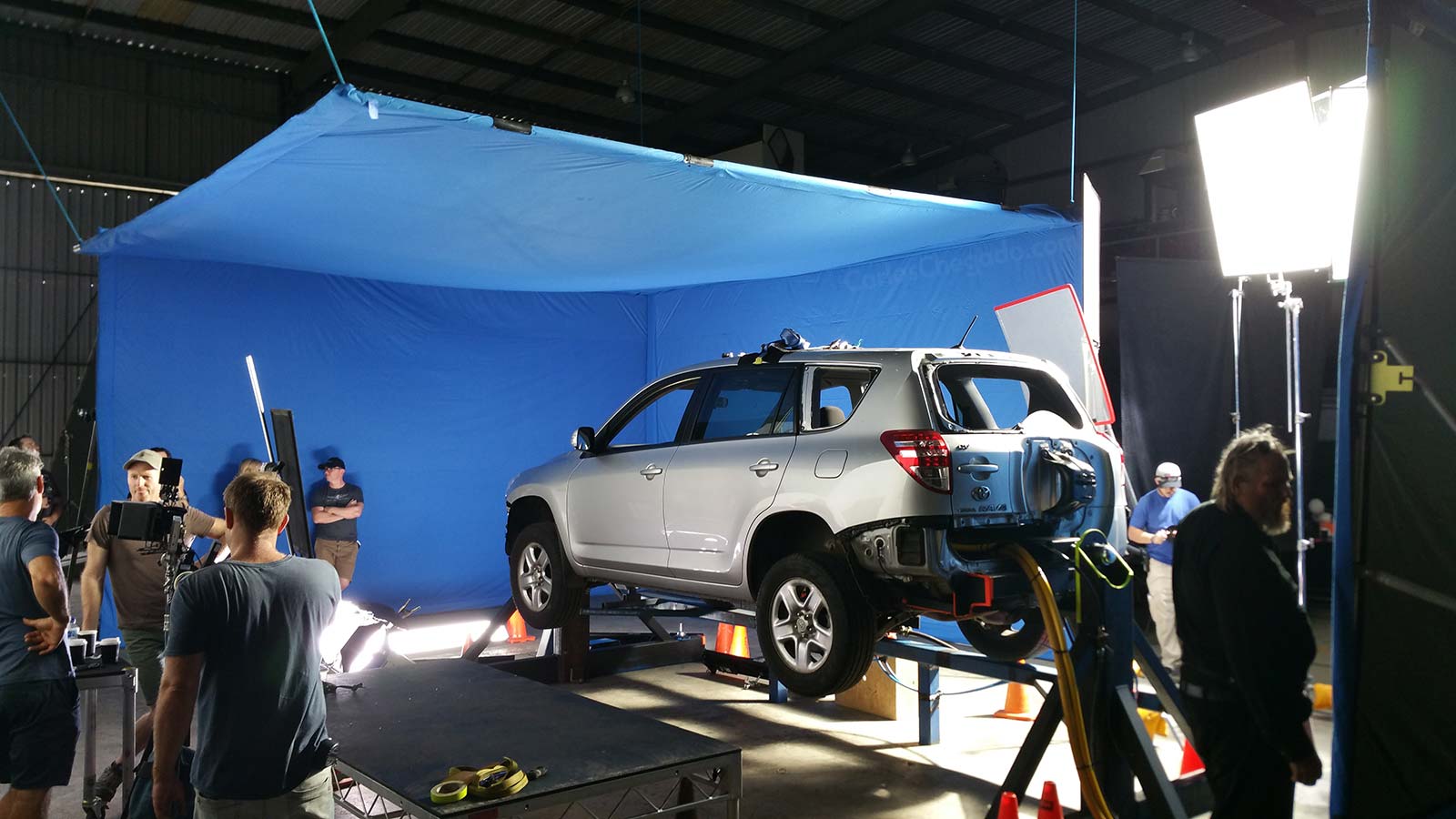 The other highlight was filming the actual crash. This is serious stuff folks. We shot the rolling over inside POV at Wongawallan FX Illusions Studio on a big blue screen. The car was set on a rolling rig to simulate being hit from the side and roll over. Sounds easy, but it ain’t. Small explosive charges were used inside the car on different places to simulate airbag explosions and car interior destruction. Again the ZCAM S1 was attached to the passenger window from the inside to simulate the child POV and a whole afternoon of takes rolled on until Tory was satisfied with the results. I was stitching this stuff as fast as possible in between scenes until we got the one signed off.

The other part of this scene was set on the road, right after the crash and again we had the trusty ZCAM S1 setup inside the car to capture the post crash devastation which turned out to be such an emotional scene. Rumour has it that watching this in VR felt so real that public release was delayed a few months to allow for a study group setup to make sure this was safe to show to people.

The final scene was of course the drone shot. Tony, the drone pilot did very well, maneuvering the camera out of the way and up in the air as if the crash victims souls were being released up to the heavens, quite impressive actually. 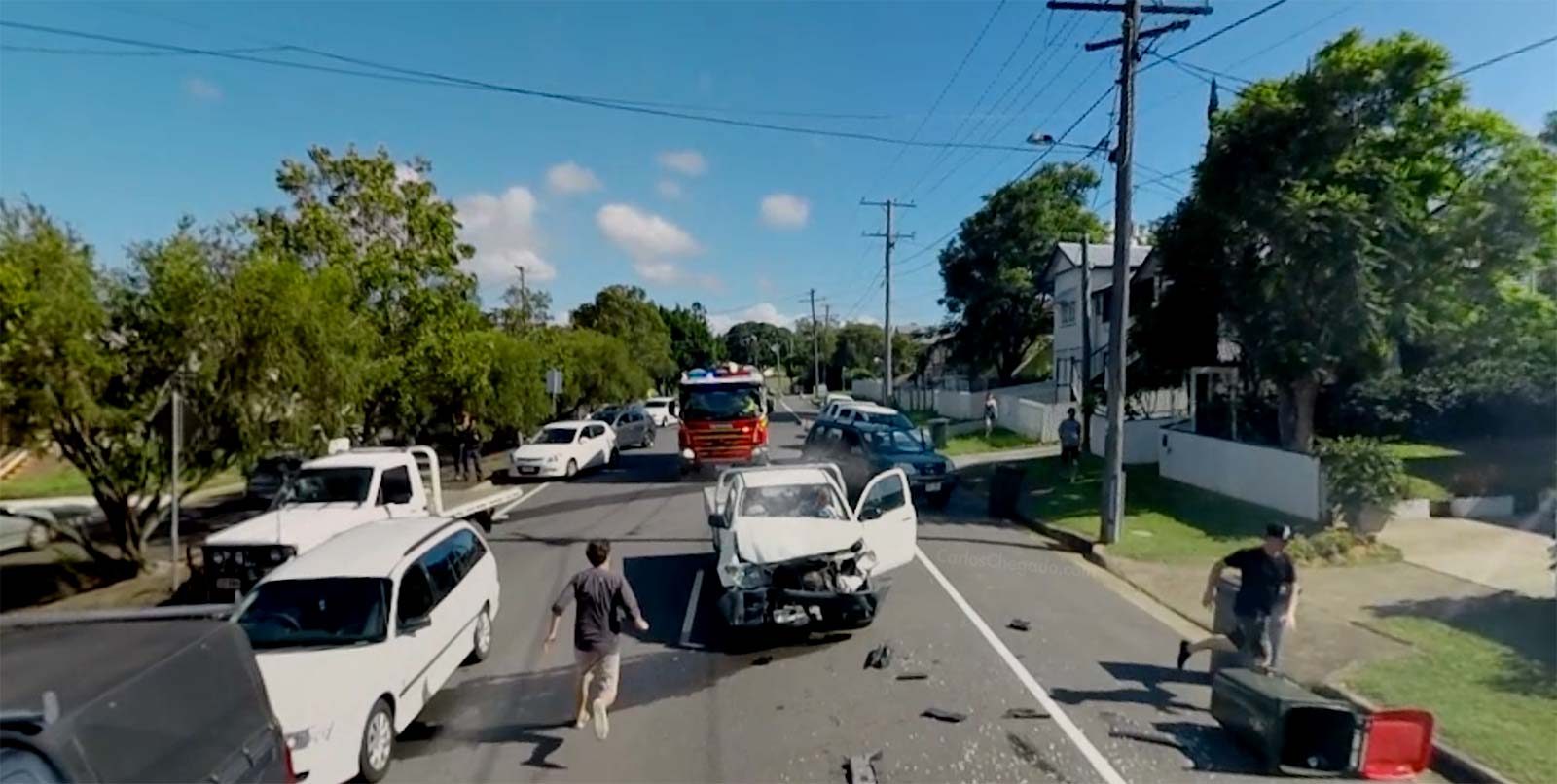 I’m very proud of the whole team at Panedia that worked on this project with me and also very impressed with the Two Little Indians people, who were actually many more than two on this production for taking up the challenge of making this in VR and having us call the shots and creating this virtual reality project with them.

And now for the cherry on top of the cake, we actually won a W3 Silver Award with this project, so, as we say down under, not too bad of an effort!